An “assault” is defined by statute as “an intentional, unlawful threat by word or act to do violence to the person of another, coupled with an apparent ability to do so, and doing some act which creates a well-founded fear in such other person that such violence is imminent.” Fla. Stat. 784.011. This crime is only a second-degree misdemeanor punishable by up to 60 days in jail. 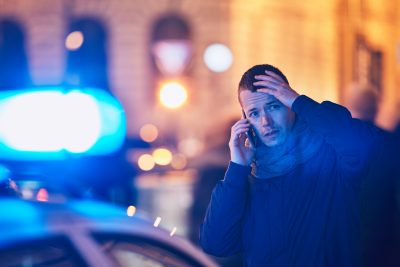 However, should the assault be committed with a deadly weapon, it becomes a felony of the third-degree punishable by up to five years in prison. Unfortunately, many people have been charged with an aggravated assault even though they were only trying to scare away potential attackers. In this type of situation, criminal defense attorney Adam L. Bantner, II can help defend your case and gather evidence of self-defense. Call 813.416.7965 today for your free consultation with your Hillsborough County criminal defense lawyer.

(1) An “aggravated assault” is an assault:

Aggravated assault is a third-degree felony punishable by up to five years in prison and/or probation and a $5,000.00 fine. It is a Level 6 felony meaning that it carries 36 points. As such, it doesn’t take much of a criminal history or additional charges for this crime to cause a minimum prison sentence. However, the charge by itself does not mandate any prison.

Pushing the Limits of the Charge

Check out our blog post on this crime here!