The crime of possession of drug paraphernalia is rarely seen charged alone; normally it is charged in conjunction with another drug offense, i.e., possession of cannabis, cocaine, methamphetamine, etc. Brandon attorney Adam Bantner can fight the paraphernalia charge and any other charges to try to keep your record conviction free. If you are in Hillsborough or surrounding Tampa Bay area counties, give us a call at 813.397.3965 for your free case evaluation today! There are various defenses available to your attorney and we want to explore those options with you.

How to Fight a Drug Paraphernalia Charge 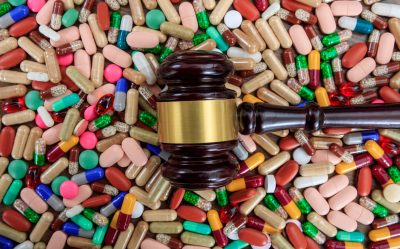 Possession of drug paraphernalia can generally be fought on two fronts: (1) a challenge to the search that led to the discovery of the paraphernalia, and (2) whether the item is indeed paraphernalia.

With regards to the search, people have a right to be free from unreasonable searches and seizures under the 4th Amendment to the U.S. Constitution. If your rights were violated, we will get the evidence thrown out (which likely leads to a dismissal of the charge).

Second, sometimes there a question whether the item is paraphernalia. I’ve seen cigars charged as paraphernalia because law enforcement believed that they would be hollowed out and filled with cannabis. Other times, the item is clearly paraphernalia, i.e., a crack pipe with residue all over it. Regardless, we explore every possible course of action in defending your paraphernalia charge.

In State v. Beauchamp, FLWSUPP 2612BEAU (Fla. Sarasota Cty Ct., 2019), Beauchamp was just hanging out in front of a local convenience store with friends. On the ground in front of him lay his “one-hitter.” A deputy with the Sarasota Police Department approached Mr. Beauchamp, noticed the suspected paraphernalia, and put Mr. Beauchamp into custody on suspicion of possession of drug paraphernalia. Subsequent to an interrogation (NEVER speak to law enforcement without an attorney), Mr. Beauchamp admitted to ownership of the one-hitter as well as to possession of some additional marijuana in his backpack.

Smartly, his lawyer filed a Motion to Suppress evidence on the basis that the officer lacked probable cause to put Beauchamp into custody on the simple observation of a pipe near to where he was sitting. His lawyer asked that all evidence, including his admissions and the marijuana in his backpack, be excluded from evidence on the basis that his constitutional rights were violated.

The Court agreed and stated, “This Court finds that Officer Ochida seeing a pipe on the ground near the Defendant did not constitute sufficient probable cause to arrest the Defendant. Therefore, any statements made by defendant and any evidence found as part of a subsequent illegal search must be suppressed as “fruit of the poisonous tree.”” However, the pipe was admissible since it was observable in plain view.

My guess is that the case was ultimately dismissed since there isn’t any admissible evidence to tie Beauchamp to the pipe. Mere proximity to contraband is not enough to support a conviction under Florida law.

As such, while it’s probably not best to leave your pipe in a place where it is observable to the world, so long as you don’t make any admissions of ownership, it will be tough for the State to gather enough evidence to convict of person of the paraphernalia’s possession without additional evidence.

(1) USE OR POSSESSION OF DRUG PARAPHERNALIA.—It is unlawful for any person to use, or to possess with intent to use drug paraphernalia:

(b) To inject, ingest, inhale, or otherwise introduce into the human body a controlled substance in violation of this chapter.

Any person who violates this subsection is guilty of a misdemeanor of the first degree, punishable as provided in s. 775.082 or s. 775.083.

Possession of drug paraphernalia is a first-degree misdemeanor punishable by up to 1 year in county jail and/or 1 year of probation.