(1) An “assault” is an intentional, unlawful threat by word or act to do violence to the person of another, coupled with an apparent ability to do so, and doing some act which creates a well-founded fear in such other person that such violence is imminent.

The Standard Florida Jury Instructions break this crime into three elements that the State must prove beyond a reasonable doubt in order to earn a conviction. They are:

(1)          (Defendant) intentionally and unlawfully threatened, either by word or act, to do violence to (victim).

(3)          The act of (defendant) created in the mind of (victim) a well-founded fear that the violence was about to take place.

If the State fails to prove any of the three elements a jury must find the defendant not guilty.

What is Not an Assault 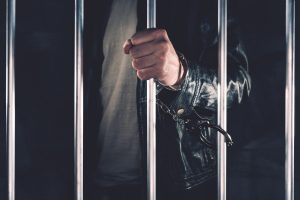 the Petitioner, Adamcyzk, had an injunction placed against him in the trial court by Herman. In order for the injunction to issue for repeat violence, the trial court had to find at least two separate instances of violence. Of course, an assault would qualify as violence.

The Court stated, “Although there was testimony that appellant profanely told appellee to get off his property, there was no evidence that appellant threatened violence or that he took some action that could have created a well-founded fear that violence was imminent. This confrontation did not rise to the level of “violence” required to support an injunction under section 784.046(2).”

As such, the Fourth DCA reversed the trial court and vacated the injunction.

Adam Bantner was board certified by the Florida Bar as an expert in criminal trial law in 2016. He has earned numerous other distinctions that qualify him to help you with your assault charge. Call him today at 813.397.3965 to set up your free consultation.