It’s an unfortunate reality that bomb threats, school shootings, and other violent acts are committed weekly across this country. Sometimes, people will take advantage of these tragedies to further their own agendas by making false reports of such threats. They may do it for their own amusement, to get out of taking a test, or because they are making some sort of misguided political statement.

Regardless of the reason for such actions, a person who makes a false report regarding a bomb threat, explosives, weapons of mass destruction, or the use of firearms in a violent manner, faces very serious consequences for those actions. As such, someone charged with this offense needs an experienced Tampa criminal defense lawyer on their side.

The criminal statute reads, in relevant parts, as follows: 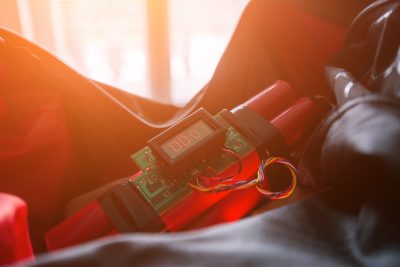 790.163 False report concerning planting a bomb, an explosive, or a weapon of mass destruction, or concerning the use of firearms in a violent manner; penalty.—

(1) It is unlawful for any person to make a false report, with intent to deceive, mislead, or otherwise misinform any person, concerning the placing or planting of any bomb, dynamite, other deadly explosive, or weapon of mass destruction as defined in s. 790.166, or concerning the use of firearms in a violent manner against a person or persons. A person who violates this subsection commits a felony of the second degree, punishable as provided in s. 775.082, s. 775.083, or s. 775.084.

(2) Notwithstanding any other law, adjudication of guilt or imposition of sentence for a violation of this section may not be suspended, deferred, or withheld. However, the state attorney may move the sentencing court to reduce or suspend the sentence of any person who is convicted of a violation of this section and who provides substantial assistance in the identification, arrest, or conviction of any of his or her accomplices, accessories, coconspirators, or principals.

(3) Proof that a person accused of violating this section knowingly made a false report is prima facie evidence of the accused person’s intent to deceive, mislead, or otherwise misinform any person.

(4) In addition to any other penalty provided by law with respect to any person who is convicted of a violation of this section that resulted in the mobilization or action of any law enforcement officer or any state or local agency, a person convicted of a violation of this section may be required by the court to pay restitution for all of the costs and damages arising from the criminal conduct.

What Does a Conviction Mean?

If someone is convicted of making a false bomb threat, that person will face up to 15 years in Florida State Prison, up to 15 years on probation (or some combination of prison and probation not to exceed 15 years), up to a $10,000 fine, payment of restitution, and a mandatory adjudication of guilt. 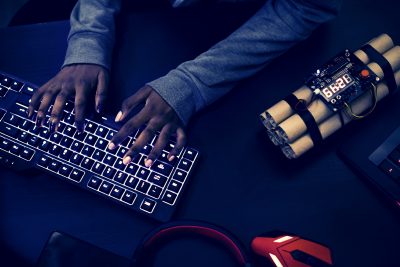 Additionally, this crime is scored at a Level 5 (28 points). This means that prison is not automatic upon conviction (must be above 44 points), but if there are other charges or some criminal history, there could be a mandatory prison sentence absent a downward departure.

Lastly, a conviction of this offense carries a mandatory adjudication of guilt. See State v. Hansen, 44 Fla. L. Weekly D1335a (Fla. 4th DCA 2019). An adjudication of guilt means that the convicted person will be a convicted felon, will lose his or her right to vote, will lose his or her right to possess firearms, and will not be able to seal or expunge this or any other offense.

As you can see, this is a very serious crime for which a person needs serious representation. Give us a call at 813.397.3965 for your free consultation with board certified criminal trial law attorney Adam Bantner!