Typically, a trespass is a misdemeanor in Florida. Fla. Stat. 810.08 states:

However, if the person is armed during the trespass, it will be a third-degree felony. 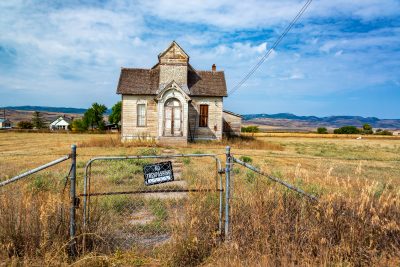 Sometimes, a landlord may not want a particular person to enter their property. However, a landlord cannot prevent a tenant from inviting guests of their choosing. Pascal v. State, 26 Fla. L. Weekly Supp. 166a (Fla. 17th Cir. Ct. 2018). In Pascal, the landlord has authorized law enforcement to trespass Mr. Pascal and they had done so. However, the tenant, a Ms. Fisher, had invited Pascal onto her property. Law enforcement, without first determining whether Pascal had permission to be on the property, sought to detain Pascal and he fled into the residence. Law enforcement then entered the residence without permission and arrested Pascal for Trespass and Resisting an Officer Without Violence. The trial court denied motions for judgment of acquittal and Pascal was convicted.

On appeal, the Circuit Court reversed the convictions. The Court stated:

“One of the elements of the crime of trespass is “that defendant’s entering the property without permission.” See, L.D.L. v. State, 569 So. 2d 1310, 1312 (Fla. 1st DCA 1990). As such, in order to make an arrest for trespass, and most certainly in order to be found guilty of trespass, it was incumbent upon law enforcement to ensure that Appellant was not an invited guest. In this case, the uncontroverted testimony of the lessee, Ms. Fisher, was that she invited Appellant to her apartment on the date in question; that he was a guest of her’s. Additionally, her uncontroverted testimony included the fact that an officer on scene asked her if Appellant was her guest that day, and she told him that he was. This information should have been relayed to Detective Johnson and taken into consideration before he was arrested for trespass. Ms. Tatro, another resident of the apartment, also testified that Appellant was a guest at the apartment and that she told law enforcement that he was.

Even if the property owner did not want Appellant on the property, the tenant/lessee of the apartment has the right to invite that person over. As the uncontroverted testimony of Ms. Fisher and Ms. Tatro demonstrated that Appellant was a guest on their property, the motion for judgment of acquittal on the trespass charge should have been granted.

Additionally, as noted by the court in D.L. v. State, 87 So. 3d 824 (Fla. 2d DCA 2012) [37 Fla. L. Weekly D1162a], where the State conceded that it failed to show sufficient evidence that a defendant was trespassing, it “. . . thus failed to show that the officers were engaged in the lawful execution of their duties when they detained him to investigate the charge.” Id. at 825. As such, and as conceded by Appellee, the motion for judgment of acquittal on the resisting without violence charge should also have been granted. Before chasing Appellant into the residence (with the Detective entering through a window) and arresting him for trespass, Detective Johnson should have first attempted to make contact with the tenants of the residence to investigate and determine whether Appellant was or was not a guest/invitee. He did not do so, did not learn that Appellant was in fact a guest, and in not properly investigating before making the arrest, ended up making an improper arrest.”

The Bantner Firm Can Fight Your Trespass Arrest!

Because Adam Bantner has dedicated his career to fighting for those accused of crimes, he has the necessary expertise to fight your trespass charge. Give us a call at 813.397.3965 to set up your free consultation today!