Driving Under the Influence

A Driving Under the Influence (“DUI”) charge can be a stressful and frightening event. For the most part, people charged with this crime are normal everyday people with families, friends, and jobs. Brandon DUI lawyer Adam Bantner recognizes the importance of one’s ability to drive to maintain those relationships and employment. You have a lot riding on the successful outcome of your DUI case; which is why Adam fights hard to challenge every aspect of a DUI charge. The defense of a DUI begins as soon as you take advantage of your free consultation with your defense attorney by calling 813.397.3965. 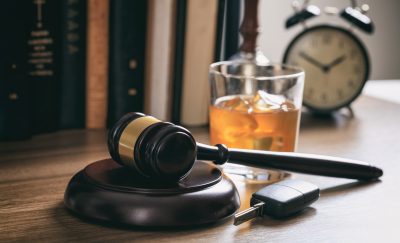 What to do if You are Arrested

If you are arrested for DUI, immediately begin compiling a list of people who may be potential witnesses for your defense. Include people who were with you that can testify as to how much you were or were not drinking and whether you appeared under the influence. Also, if you were out at a restaurant or bar, please obtain a copy of all receipts that would show how many alcoholic beverages you bought. Your defense attorney will need this information to adequately prepare your case for a trial or motion hearing.

Can the Officer Ask You to Exit the Vehicle?

The Bantner Firm will challenge every step in the investigative process that lead up to your DUI arrest.

A critical stage in the investigation is when an officer asks a person to exit a vehicle. In order to make this request, the officer must possess “a well-founded and articulable suspicion of criminal activity.” Popple v. State, 626 So.2d 185 (Fla. 1993).

With regards to a DUI, a court will look at your driving pattern, your interaction with law enforcement, and any physical clues of impairment to see whether this standard has been met. Having simply consumed alcohol (typically indicated by the odor of an alcoholic beverage emitting from one’s breath), is not sufficient by itself. State v. Austin, 26 Fla. L. Weekly Supp. 440a (Fla. Seminole Co. Ct., 2018).

Can An Officer Request Performance of Field Sobriety Exercises?

The Field Sobriety Exercises, or FSEs, are the standard tests an officer will request of a suspected drunk driver. The battery of typical tests are the Horizontal Gaze Nystagmus (HGN), Walk-and-Turn (WAT), and One-Leg Stand (OLS). The most “scientific” of these is the HGN test, but even nystagmus (an involuntary twitching of the eyes) can be caused by things other than alcohol consumption, such as lack of sleep and allergies. With regards to the WAT and OLS, these exercises are not deemed valid for folks over a certain age, with physical disabilities, and those who are obese.

Can An Officer Request a Blood Test?

Simply put, a blood test to determine its alcoholic content can be requested under Florida’s Implied Consent law if a person suspected of DUI appears at a hospital or other medical facility and a breath or urine test is impossible or impractical. Fla. Stat. 316.1932(c).  A blood test can be compelled if a person suspected of DUI has caused a death or serious bodily injury to another human being. Fla. Stat. 316.1933(1).

If an officer makes a request outside of those two situations, the officer must make it clear to the driver that it is only offered as an alternative to a breath or urine test and that there will not be any consequences from any refusal to take the blood test. Davis v. DHSMV, 26 Fla. L. Weekly Supp. 477a (Fla. 15th Cir. Ct. 2008). However, the Fourth District Court of Appeal recently held that such an advisement is not necessary when nothing in the record indicates that such consent is involuntary. State v. Meyers, 43 Fla. L. Weekly D2647b (Fla. 4th DCA 2018).

What If I’m Outside the Vehicle? 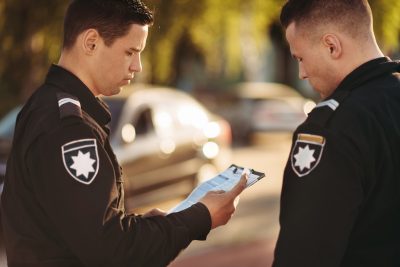 In some situations, such as after an accident or after having pulled over to “sleep it off,” the driver of the vehicle may not actually be in the vehicle when law enforcement arrives on scene. In these situations, it’s still possible to be convicted of a DUI, but the State’s case can be much more difficult to prove.

For example, if there was an accident with another vehicle, the State could use the testimony of the other driver to establish that the driver was indeed the person behind the wheel at the time of the accident. Likewise, an independent witness to the accident can inform law enforcement as to the driver of the vehicle.

Without the help of a witness, the State may try to prove its case through circumstantial evidence. For example, even if the driver has exited the vehicle, if the keys are still in his pocket, and assuming all other elements of the charge are met, it may be sufficient to prove that person was impaired while driving.

The fact that the key remained in the ignition and two people were standing outside the vehicle, with arguably the same capability to operate the vehicle is relevant to whether Appellant, or someone else, had actual physical control of the vehicle. These facts are analogous to cases where a vehicle is jointly occupied. Under such circumstances, the law necessitates independent proof to establish constructive possession. There was no independent proof in this record. As such, we decline to stretch the law to accept Appellee’s position that two persons can be standing outside of a vehicle and the vehicle’s intoxicated owner can be arrested and convicted of driving under the influence because he or she is intoxicated and the registered owner of the vehicle. No court appears to have previously expanded the law in this manner. Therefore, due to the circumstantial nature of the evidence presented, and the fact that there was no independent proof to exclude Appellant’s reasonable hypothesis of innocence, the trial court erred in denying Appellant’s motion for judgment of acquittal.

Additionally, at least one court has held that where there is equal support for inconsistent inferences from the evidence which creates equal suspicion as to whom was driving, an officer will lack probable cause to arrest someone.

Based on this evidence, the Court found the trooper lacked probable cause to arrest and, therefore, the request to submit to a breath test was illegal and his driver’s license suspension was overturned.

Once DUI lawyer Adam Bantner is retained to handle your charges, he will examine the facts of your case and determine the most appropriate method of challenging your case. Your DUI attorney will determine whether the stopping officer had probable cause that your committed a traffic violation or whether he had reasonable suspicion of DUI to justify the initial stop. If he did not have the appropriate level of suspicion, Adam may be able to get all evidence of impairment thrown out of the case.