A successful defense of a drug crime allegation includes aggressive investigation and litigation. Drug crimes often involve violations of Constitutional rights that need to be challenged in court. The drug crimes attorney Adam L. Bantner, II will zealously protect your rights. For whatever reason, the war on drugs has resulted in increasingly harsh sentences for those convicted of possession of marijuana, cocaine, methamphetamine, and other drugs. 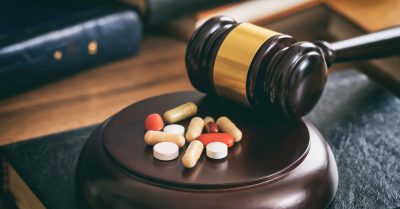 Drug convictions can also cause your driver’s license to be suspended (if you are adjudicated guilty of any drug possession charge your license will be suspended for 2 years). This makes is doubly important to fight your drug charge and / or to argue for the charge to be amended or dismissed.

In their well-intentioned crusade to keep illegal drugs off the streets, police and other law enforcement agencies sometimes will walk all over the Constitution to find those possession and dealing in controlled substances. For example, if law enforcement suspects a person of dealing drugs from their home, they sometimes will try to gain access to your home without a warrant or your consent. They might do this by illegally entering your property, coercing consent into your home, or exceeding the scope of any consent that may have been given. Should this happen to you, Adam Bantner is ready to protect your rights and to ask a court exclude any evidence illegally obtained.