(1) The court that has jurisdiction over an adjudicated delinquent child may, by an order stating the facts upon which a determination of a sanction and rehabilitative program was made at the disposition hearing, order the child to make restitution in the manner provided in this section. This order shall be part of the probation program to be implemented by the department or, in the case of a committed child, as part of the community-based sanctions ordered by the court at the disposition hearing or before the child’s release from commitment. 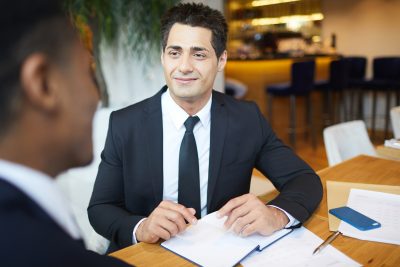 How Much Will Be Owed?

The court will require that restitution be paid in an amount to compensate for any damage or loss caused by the child’s offense in a reasonable amount or manner as determined by the court. For property loss, a court will generally consider the original purchase price, manner of use, general condition at time of loss, and depreciation. Expert testimony as to fair market value at the time of the loss can also aid in this determination.

Additionally, the child and parents will only be liable for those damages which were caused by the crime. In lawyer speak, the prosecution must prove by competent, substantial evidence a causal relationship between the underlying charged offense and the restitution damages sought. S.S. v. State, 43 Fla. L. Weekly D2769a (Fla. 5th DCA 2018).

In S.S., the trial court awarded over $3,600 in restitution to the victim for damage to her vehicle. The child had pled to Trespass of a Conveyance. At the hearing, the State only proved that the child drove the vehicle for a short period of time and slept in the vehicle for an hour at most. The appellate court ruled that the State failed to prove how this trespass caused the extensive damage to the sunroof and overhead console of the vehicle. As such, the Court reversed the award of restitution to the victim.

Consideration of Ability to Pay

Lastly, even if the court properly determines the amount of juvenile restitution from an economic loss to the victim standpoint, the court must still determine whether the child and parent(s) have the ability to pay the restitution amount. In adult court, consideration of ability to pay is only a defense during an enforcement proceeding, not a consideration in the determination of the amount owed. Furthermore, the burden is on the State to prove the ability to pay. M.P. v. State, 43 Fla. L. Weekly D2193a (Fla. 2d DCA 2018).

As you can see, The Bantner Firm is well-qualified to handle your juvenile delinquency matter. You need someone on your side who can ensure that no more restitution is paid than is legally required. Call us today at 813.397.3965 for your free consultation!